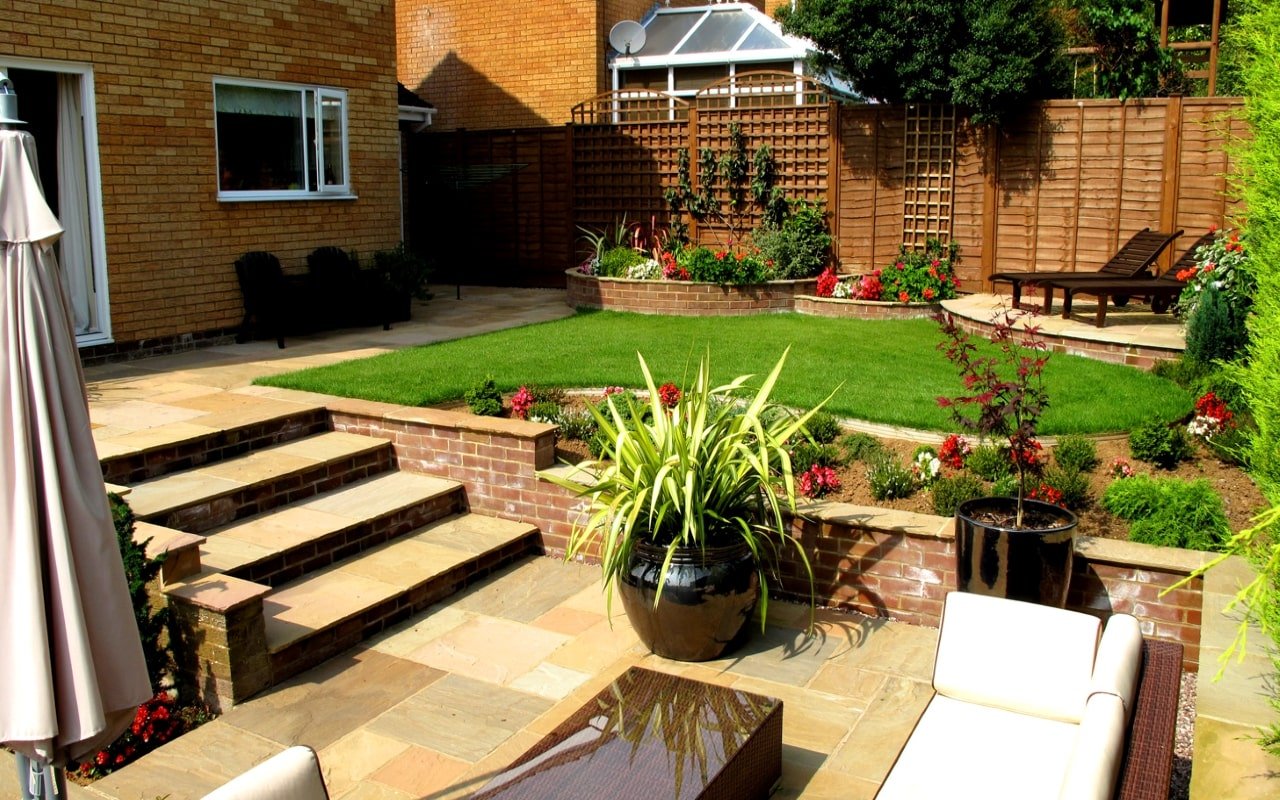 The Society of Garden Designers held their annual SGD Awards last week, celebrating some of their members’ best landscape and garden design projects this year. Here are some of 2019’s hottest trends in garden design, from this year’s award-winning gardens.

The SGD Awards is an annual awards programme organised by the Society of Garden Designers to reward outstanding achievement in the garden design profession. It covers all aspects of design from private gardens to public spaces. The SGD is the UK’s professional organisation for garden designers – find a garden designer for your project at www.sgd.org.uk

Wooden frames and pergolas were used to add an architectural element to many of the winning gardens at this year’s awards, where they framed views, connected spaces and createdoutdoor ‘rooms’. Winner of the Garden Jewel Award, Adolfo Harrison MSGD, incorporated one into a small courtyard garden in West London to give the feeling of a cloister. Marian Boswell MSGD created a wide oak pergola and arbour in her much larger contemporary garden in Kent. James Scott MSGD from The Garden Company used a large wooden frame to create an additional living and entertainment space in his award-winning garden, which is featured in the March issue of The English Garden.

While we weren’t involved in the awards, if you see something you like, we can create it for you. Visit our site for more information here. https://davesgardenandpavingservices.co.uk/

Boundaries between indoor and outdoor spaces were blurred in award-winning gardens designed by Martha Krempel and Adolfo Harrison MSGD. Martha used cacti and grasses to create an indoor garden room that spills out into abundant wildlife planting, while Adolfo designed an interior living wall adjacent to the exterior garden wall and lush outdoor planting as a way of stitching the indoor and outdoor spaces together.

Two-tone planting in white and shades of green was evident in two of the award-winning gardens this year, designed by Robert Myers MSGD and James Scott MSGD of The Garden Company. Combining the two colours with contrasting foliage and textures for year-round interest creates calm, contemporary spaces.

This was a trend seen in gardens by designers Marian Boswall MSGD and Helen Elks-Smith MSGD. In her contemporary family garden in Hampshire, Helen Elks-Smith used blocks of neutral grasses with a mass of large airy flowerheads to create a sense of movement. Marian Boswall’s low level mass-planted grasses in green provided a pause to the dense borders elsewhere in her award-winning garden.

The growing trend for dedicated spaces for cooking, eating and entertaining is as popular as ever. Designers Tony Woods MSGD, Emily Erlam and Sam Westcott all incorporated outdoor kitchens in their winning designs. The entertainment space in Tony Woods’ central London roof garden was a key feature of the design. In Norfolk, Emily Erlam created an outdoor living room and kitchen of oak and stone using traditional carpentry techniques. Sam Westcott incorporated a kitchen space in her riverside garden in Devon, surrounded by bold and colourful planting.

A garden design trend that shows no sign of waning, a number of the award-winning gardens this year used elements of Corten steel. In their design for a large private garden in Hertfordshire, Gavin McWilliam MSGD and Andrew Wilson FSGD perforated a series of bold limestone walls with narrow Corten steel slits, lit from above to act as garden ‘shelves’. Sam Westcott, winner of the Fresh Designer Award included Corten plants, a water bowl and a screen swing door in her design, and John Wyer FSGD of Bowles & Wyer also chose Corten steel for the planters in his reflective garden for residents of Addenbrookes Hospital in Cambridgeshire.

This website uses cookies to improve your experience while you navigate through the website. Out of these, the cookies that are categorized as necessary are stored on your browser as they are essential for the working of basic functionalities of the website. We also use third-party cookies that help us analyze and understand how you use this website. These cookies will be stored in your browser only with your consent. You also have the option to opt-out of these cookies. But opting out of some of these cookies may affect your browsing experience.
Necessary Always Enabled
Necessary cookies are absolutely essential for the website to function properly. This category only includes cookies that ensures basic functionalities and security features of the website. These cookies do not store any personal information.
Non-necessary
Any cookies that may not be particularly necessary for the website to function and is used specifically to collect user personal data via analytics, ads, other embedded contents are termed as non-necessary cookies. It is mandatory to procure user consent prior to running these cookies on your website.
SAVE & ACCEPT